On November 2, in the middle of the night, we'll get on a plane to fly to Kenya for a 2 week break. We weren't planning on leaving but since we have a week off of school anyway in early November for a local holiday and we've been feeling in need of a vacation lately, we decided to do it. We're all looking forward to no school for 2 weeks (the boys are more excited than we are!), 20 degrees cooler, green grass, and seeing our friends and other teammates in Kenya. Our aim is to return refreshed and invigorated to finish the next 6 months of language study even stronger!
Posted by Faders at 9:23 AM 58 comments: 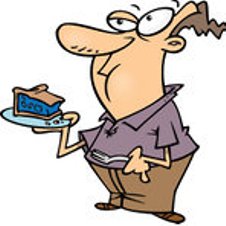 Yesterday I ate some pie.  Unfortunately, it was humble pie.  Now we all know that this kind of pie is homemade and the bigger the mistake, the bigger the humble pie you need to eat.
I could write out the story (which is rather unexciting) and I could give my justifications for being right (which are many in my mind) but it all comes down to realizing that I was acting appropriately in my own culture but extremely inappropriate in the Sudanese context.  In fact, while I was aiming to be fair, honest, and firm, it was coming across as rude, spiteful, unfair, selfish, miserly, insolent, disrespectful, and downright mean.  Did I mention that I ate a lot of pie?
I know this is a bit like starting out by saying, “Oh, You won’t believe what happened today!” or “I heard the funniest joke today!” but then not telling you but ask me in a few years and perhaps I’ll be ready to tell you then.
However, important reflections include:

Hopefully no more pie for a while. -Eli
Posted by Faders at 3:30 PM 3 comments:

A trip to the Pyramids and Nile River 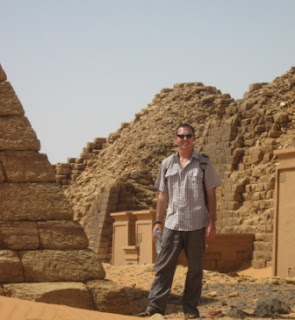 Yesterday we spent a fun day outside of the city. We drove about 3 1/2 hours north of Khartoum to a place called Meroe where there are about 100 ancient pyramids. Egypt is known for their famous pyramids but Sudan apparently has even more than Egypt does! The main difference is that the Sudanses pyramids are smaller, but very similarly built. 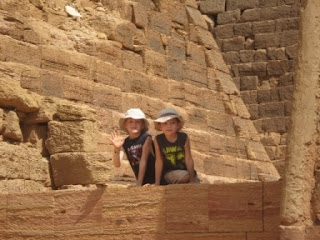 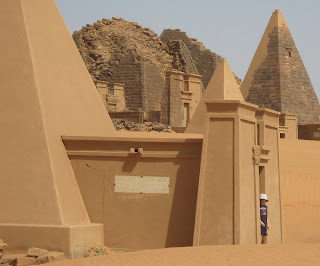 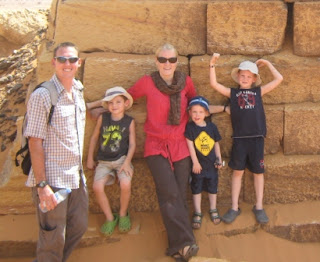 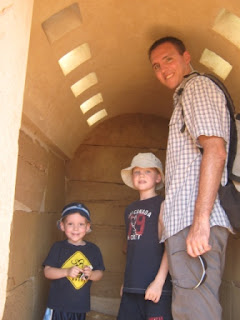 There were lots of fun places to explore and large sand dunes that the boys ran up and down. 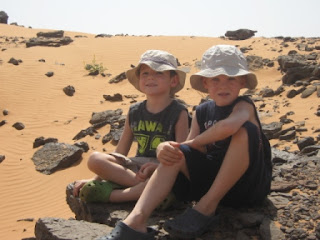 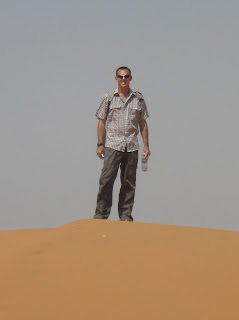 We are definitely in the desert! 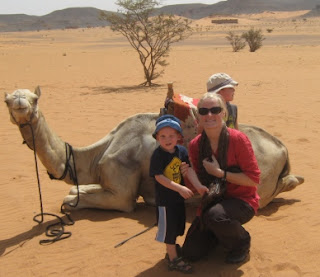 There were a bunch of men with their camels who offered us rides. Josh and I were happy just to pet one but Isaac, Evan, and Eli rode them. 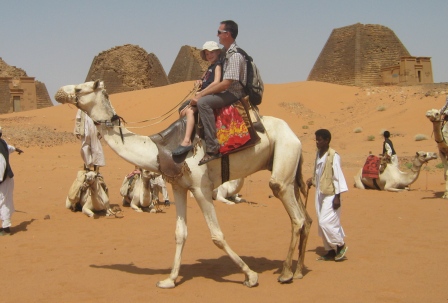 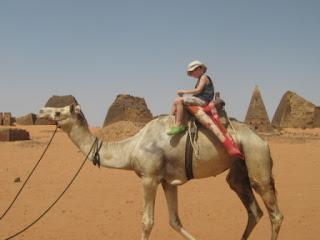 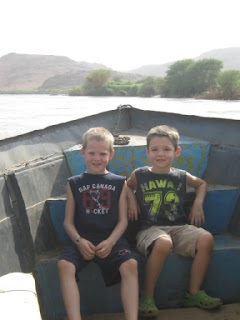 After the pyramids, on our way home, we stopped at a lovely place on the Nile River for a picnic lunch and a fun boat ride. 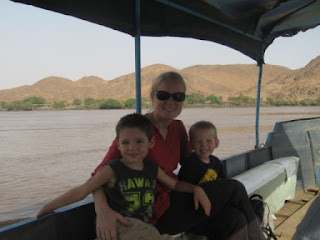 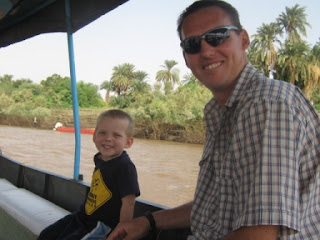 It was so refreshing to get out of the city for the day and see some new scenery. And it's so interesting to learn more about this marvelous country!
Posted by Faders at 1:16 PM 2 comments: 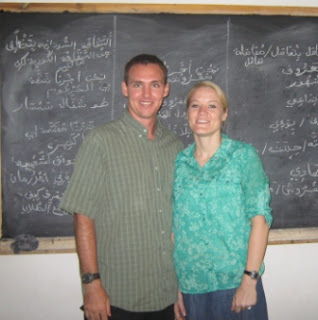 With 4 months of intensive Arabic language study under my belt, I've had a chance to recognize some very valuable lessons I've learned along the way. Allow me to share them:


·         Be careful! It’s really easy to start comparing yourselves to others who are catching on faster or moving faster. Don’t compare yourself!!!! Remember that people progress at different rates.
·         Do the best you can with the time and energy you have and be content with that.
·         When you hit a plateau or feel like you’re not really making any progress, remember that your brain is quickly filling with TONS of new information. It needs to make new channels to put all the new information and make sense of it all, so sometimes it gets “backed” up but it will be able to use the new information eventually.
·         Learn to laugh at yourself and not get too bugged with your mistakes.
·         Take every opportunity you can to practice. Try not to speak English as often as you can (with nationals.)
·         Get plenty of sleep.
·         Learn to NOT take comments people make personally. I am pretty sensitive and I’ve been offended or had my feelings hurt way too many times. I’m trying to practice letting those comments roll off my shoulders and many times I have to pray about it and ask God to change my attitude so it won’t get me down.
It's not easy learning a new language but boy is it worth it! I've learned so much more than a language.
Posted by Faders at 11:26 AM 3 comments: