Thanksgiving feasts at the boys' school 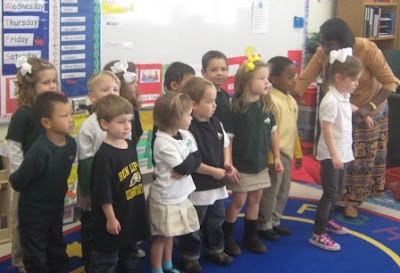 Today Joshua and I had a wonderful time at Ben Lippen school celebrating Thanksgiving in Isaac and Evan's classrooms. First we ate lunch with Evan and his classmates and their parents, then we moved to Isaac's class and had more to eat! In this picture, Evan and his class are singing a song called "I'm a Little Turkey". 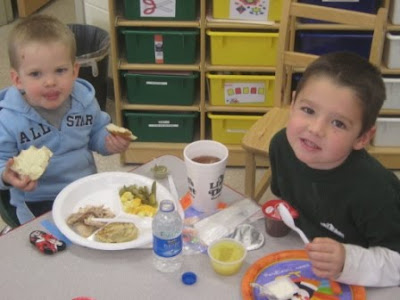 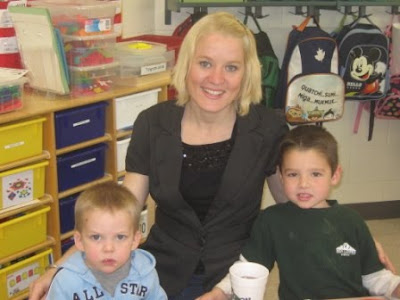 At noon we moved to Isaac's class where we found all the kids dressed in their Native American attire. Isaac's name: Brave Blue Eyes

They recited a poem and sang a song for us. 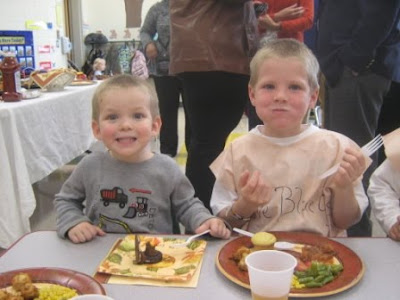 Isaac made fun turkey cookies for Joshua and me. 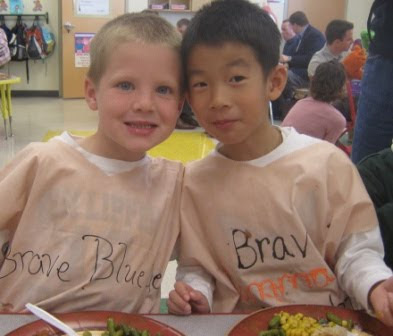 Isaac's friends know he only has a few days left with them, so many of them wanted their picture taken with him. 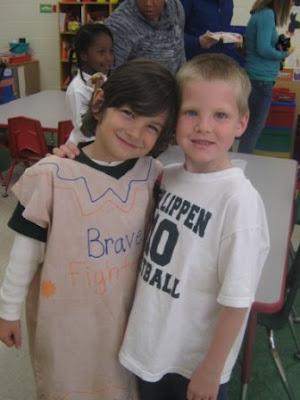 This is Benjamin, one of Isaac's best friends in his class. The neat thing is that Isaac and Benjamin used to crawl around on the floor together. We went to seminary with Benjamin's parents and are good friends, so it's so special that our boys were classmates this year.
Posted by Faders at 8:25 AM No comments: 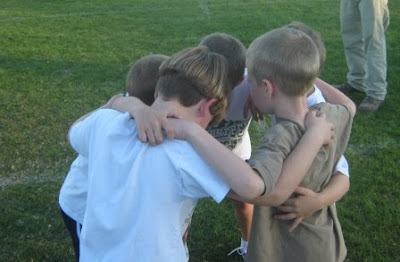 Isaac joined the elementary football team this semester and is really improving. Today I stayed to watch the practice and I was so proud as I watched him give it his all, even in tackling. 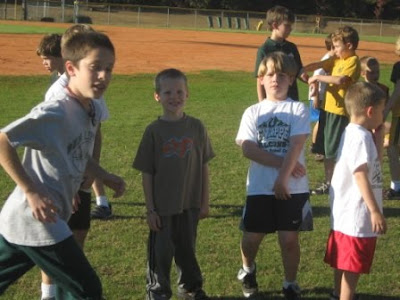 He sure is growing up! 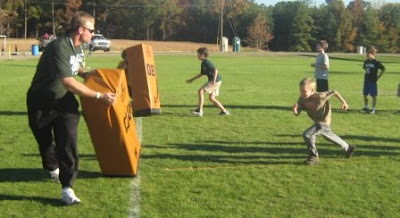 Posted by Faders at 4:25 AM No comments:

Our house - the kid magnet

We moved into our new house about three weeks ago and one of the best parts so far is having other kids living nearby. Isaac, Evan, and Joshua are thrilled to have so many new friends in the neighborhood.

Posted by Faders at 4:18 AM No comments: